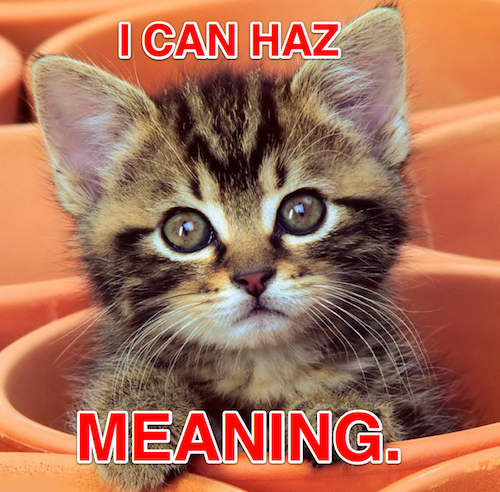 Picture from Upworthy/ Core message; I have meaning.

Have you heard about Upworthy? Neither had I until Eli Pariser, its founder, was interviewed on CBS News . It is one of those social media websites, but different. Pariser categorizes his website as “a social media with a mission.” If you see someone dancing in their underwear it will be to draw attention to a meaningful topic, i.e., pollution, going green, health care, etc.

I am intrigued but conflicted. Conflicted about time; the time it will take to search and read about this new website. Today, I have six plus hours to write, since Mr. Wonderful is out of the house playing golf. You are right, six hours sounds like more than a game of golf, and when asked about another woman. Mr. Wonderful says, “Another woman would be cheaper.”

Back to writing, I could turn What is Upworthy? into a post, but planned to write about another New Year’s Resolutions, to stand up straight.

Curiosity wins and I do a search, conflicted about going off task versus living in the moment. What the heck, I am retired.

Upworthy is not a newspaper and does not report news. You watch videos like the one of Jennifer Livingston  responding to a WKBT viewer email about her weight. The viewer criticized Jennifer as obese and not a proper role model. The world joined her retort that he is a bully. The video originally posted on Upworthy went viral.

David Carr, a writer for the New York Times, labels Upworthy a “news aggregation site.” The word means accumulating, joining, or combining and its founder agrees.

Pairser says, “At best, things online are usually either awesome or meaningful, but everything on Upworthy.com has both.”  He believes Upworthy is:

His staff, a  ragtag group of ruffians, fact check all posts/videos and Pairser claims their audience consists of “people who care about the world, but don’t want to be bored.”

The CBS interview was positive. Charlie Rose asked about the market for real news and Pairser made an analogy to the vegetable Brussels-sprouts, commenting; media portrays meaningful news as undesirable but essential. He thinks there is a craving for substantial news and believes Upworthy has no empty calories.

Now that I know what Upworthy is, what good is it?

So that was my day. I did attempt to change my theme for this blog and after one hour settled on changing the background color to amber, which is another New Year’s resolution, add color to my life. 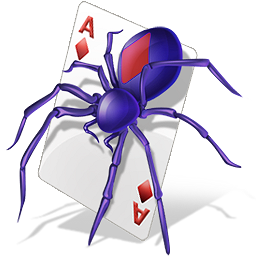 Five hundred twenty-five thousand six hundred is the number of minutes in a year. The point is driven home by the song, Seasons of Love, (known as 525,600 Minutes because of the lyrics), in the musical Rent.

Nobody has more time, and nobody has less. We cannot buy time or give our extra to a friend.

What we do with our time is personal, a matter of choice. Many believe successful people use their time wisely while others question their definition of success and the genius of workaholics who ultimately are lonely.

Regardless, I have squandered my time. Yes, squandered, frittered away days, weeks and the past month. I have nothing to show for it.

When I rant that I am throwing away my life playing a stupid game instead of writing, Mr. Wonderful responds, “You’re retired, it’s relaxing you must get some enjoyment from it if you keep playing.” Reminded of a quote, “There is never enough time to do all the nothing you want,” I threw a wet sponge at him.

I planned to write the next posts for The Alphabet Series before going on vacation but when I achieved 37 consecutive wins, believed I could do 40 and kept playing.  That is when things fell apart. Playing Spider Solitaire became a segue activity.  I soothed defeat with other mindless online pastimes and spent hours checking email, Facebook, Twitter, LinkedIn, and the price of airfare to Italy instead of writing.

Blink and it was vacation time and my only accomplishment was losing.

Mr. Wonderful’s advice “Don’t  worry, we’ll  be away  twenty-one days, you’ll break this addiction, if you insist on calling it that.”

I did well, no computer; no email, Facebook, Twitter or Spider Solitaire. We had a fabulous family vacation.

The first thing in the door returning, Spider Solitaire.