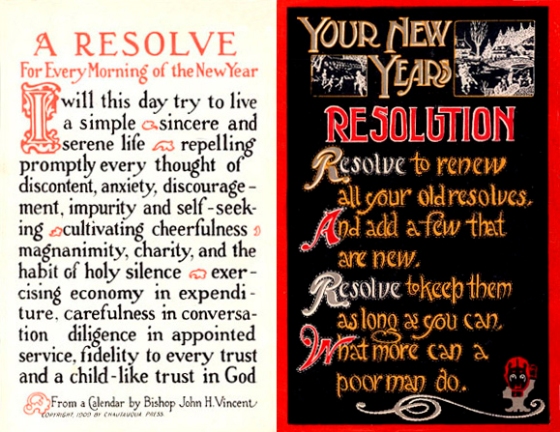 Blame the Romans for the New Year tradition of making resolutions.

In 153B.C. Janus, God of Beginnings was placed on the Roman calendar and January 1st declared the first day of the year. Pictured with two faces, one looking back, the other forward, the practice of evaluation and resolution was established.

During the nineteen hundreds people began celebrating early, making New Year’s Eve the bigger event, and a kiss at midnight a symbol of purification and luck in the United States.

It is a good time to take stock, change behavior, and anticipate a better you.  Not everyone agrees. Some believe they are already their best, and others, convinced they are doomed to break resolutions, refrain from making them.

I personally enjoy the custom.

One year I resolved not to drink wine with twist off caps and dedicated myself to promote merging in traffic. Initially I did better with the wine but after a month reevaluated the cost and went back to twist off.

Merging proved as challenging.  Friends, unable to grasp the concept of allowing vehicles to go in front of them, appeared bored by my conversation and started to avoid me, so I gave that up, too.

Last year I was determined to give up weeding, lose weight, and start Blogging. I had success with the writing and only gained five pounds, which does not count because muscle weighs more than fat, I am told at the Gym.

Giving up weeding was a disaster. I found myself returning from getting the mail with fistfuls of weeds, magazines and bills tucked under my arm.  In 100-degree heat, I would wait for cloud cover and sneak outside addicted to a bag full. By August I was weeding several times a day and paying the price with back pain and  hand tendonitis.

My resolve this year is to be more realistic. I have considered hiring, but think buying expensive wine makes better use of my money, besides setting healthy boundaries is the real issue.

Consequently my New Year Resolutions are:

Damn it, I am retired!

(What is your New Year Resolution?)