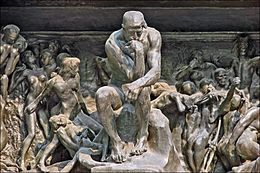 “The question is, not what you look at but what do you see”  Henry David Thoreau

The Lost Art of Thinking

Jesse Itzler, owner of the Atlanta Hawks and author of “Living With Monks,” responded to Nora O’Donnell’s interview question, “What did turning off your phone teach you?” by saying; “That I wasn’t doing a lot of thinking, thinking is a lost art.”

Evidently, he had to shave his head and travel to Tibet to figure that out. And although shaving his head was unnecessary, as Monks no longer shave theirs, he gained enough wisdom to write a book and speak out about this epidemic of not thinking. I am calling it an epidemic and believe it began with the introduction of calculators in classrooms. Think about it, can anyone do simple math?

Itzler is married and has four children, and went on this quest to be a better husband and father. Previously his focus had been on physical strength and endurance discussed in his book, “Living With Seals,” which John Dickerson was quick to clarify were Navy Seals.

Itzler is not the first or only person to suggest that there are side effects to technology and benefits to turning off your phone. Ted Koppel (CBS News) interviewed Nicholas Carr, Bryan Reeves and Justin Rosenstein on the topic and all agree the internet is making us stupid, tinkering with our brains, and future advances will make matters worse.

We have apps to remember our favorite songs, ask Alexa for basic information, and depend on Google Maps or a GPS for directions even to walk. More alarming is our assumption the answers are always correct and no longer question the logic or accuracy of the information being sought.

We have heard stories of automobiles hanging off cliffs and drivers hesitating before driving into a lake because of GPS misinformation, proving the point.

In defense, Google Map says the driver failed to upload current information to their device and or the roads were yet to be constructed.

Writer Alex Hutchinson explores this phenomenon in a recent issue of the Canadian magazine The Walrus. “Neuroscientists are starting to uncover a two-way street: our brains determine how we navigate, but our navigational efforts also shape our brains,” Hutchinson writes. “The experts are picking up some worrying signs about the changes that will occur as we grow accustomed to the brain-free navigation of the GPS era.”

Hutchinson’s  explanation about spatial navigation reliance  on the hippocampus, and stimulus methods that use the caudate nucleus, the brain’s center of motor control having different effects on the brain is complicated, my take; if you use a map you have to think, if you use a GPS you are following directions, blindly, there is no time to think.

Technology eliminates the step of thinking, which is the reason we want more of it. It is easier, faster, and smarter and dependence on a calculator or GPS does not appear to be a problem, yet. Although Hutchinson also states, “Other studies have tied atrophy of the hippocampus to increased risk of dementia.”

Perhaps we do need to think about those things?

What do you think, have we lost the art of thinking?

5 thoughts on “The Lost Art of Thinking”