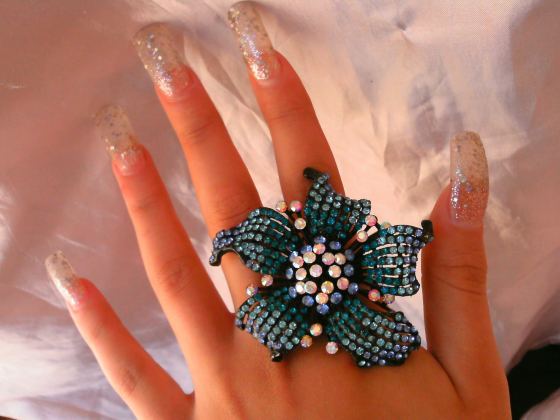 Gaudy is a word I heard as a child. My mother used the adjective to describe styles not to her liking. Designs she considered garish, ornate, flashy, kitschy, tasteless, vulgar, and extravagant. Our neighbor’s orange velvet sectional is a good example. The French Provincial Couch covered in plastic stuck to the back of your thighs in the summer and cracked when you sat in the winter. The iridescent fluted fruit bowl filled with shiny fake red apples and ornate oranges that decorated their dining room table was in my mother’s words, “poor taste.”

She told me “Gaudy is derived from an eccentric architect, famous for constructing some God-awful cathedral in Spain.”

The true impact of the word is captured by a visual of the works of Antoni Gaudi, the architect. As an adult I was fortunate to visit Barcelona and view the site she talked about.

Gaudi, born in 1852, is famous for his elaborate ornate architectural style. The Sagrada Familia  has been under construction since 1882 and expected to be completed in 2024. That is a 142 year project funded by private donations.

My mother knew about Gaudi but learned her sense of style from her father, Achilles DeSalvo, Pop-Pop to me.

Called Charlie, and never trendy, faddish or snazzy, he knew how to dress.  His family owned a tailor shop in Manhattan called DeSalvo & DeSalvo.

I loved him dearly.

Summertime, Saturday morning, Pop-Pop would take the Long Island Railroad to the Westbury station. He arrived wearing a blue seersucker suit, straw hat and spectator shoes, an afternoon addition of the Herald Tribune under his arm.

He wore cuff-links and his nails were polished.

We waited with great expectation for him to remove his suit jacket, and get comfortable in a chair. Surrounded by his four grandchildren he would unwrap one Mounds Bar and divide each half,  in half  for us to share.

But the best was yet to come.

Concealed in a breast pocket was a cigar.  The  cigar ban was presented to one of us and worn as a ring, for the day or week…depending on how long we made it last.

We never moaned or complained. We stood with hope and felt his love.

My grandfather got me my first real job at the Plaza Hotel.

Occasionally he would say, “Meet me on the northwest corner of 55th street and Madison on Tuesday at noon, and we’ll go to lunch”.

There was nothing ornate, flashy, gaudy or extravagant about his love. It was genuine. His style memorable.